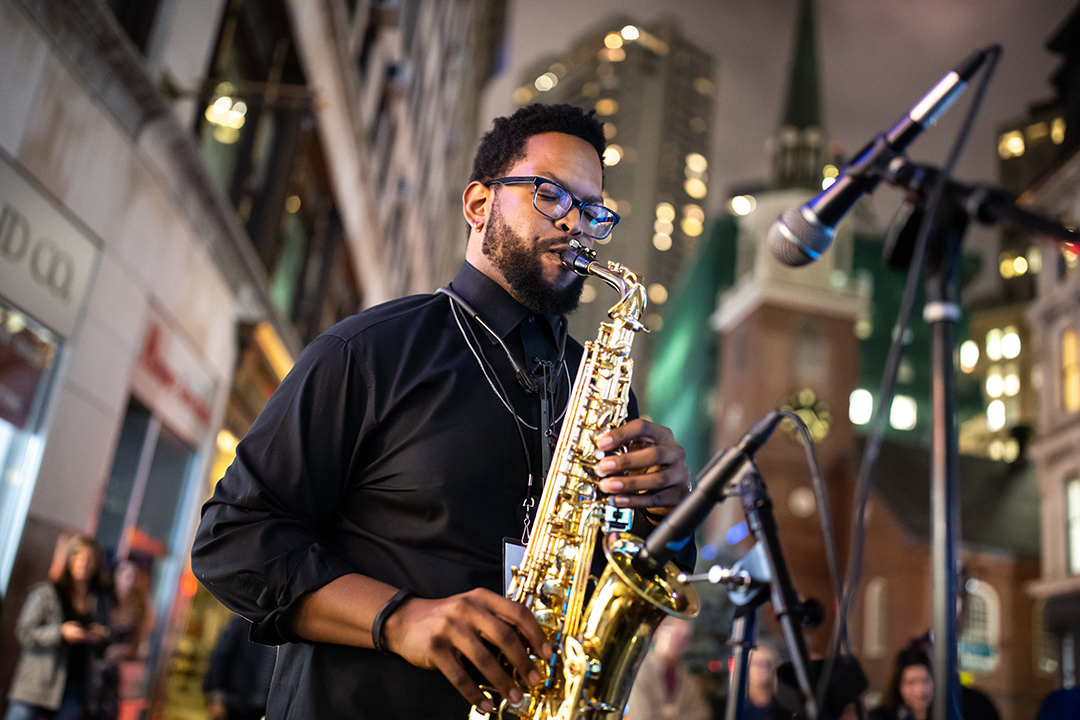 During his formative years, saxophonist/vocalist/spoken word artist Tim Hall benefited significantly from a supportive family life, high-level community music institutions, and well-established middle and high school arts programs. All of these contributed to his early decision to pursue a career as a performer. While these elements were crucial, Hall attributes much of his success to the Detroit, Michigan, community in which he was raised.

“Growing up in a black city that had visual and cultural representations of what we do in our lives, the mentorship and encouragement from the older generation. This is why music has stayed so strong to my core as I explored.” states Hall.

As a fourth-grade music student, his selection of the alto saxophone as his instrument of choice reflected the strength of the bond he shared with his father, a jazz lover, and the sounds Hall heard at home during his childhood. The constellation of influences was as diverse as it was plentiful: from Charlie Parker, Miles Davis, Sonny Rollins, and an array of notable Blue Note recording artists to southern rock, gospel music, and major R&B-soul-funk acts like Earth, Wind, and Fire, Chaka Khan, Stevie Wonder, and Frankie Beverly & Maze.

Formal training with Lashawn Gary, Hall’s middle school band instructor, aided in developing the budding saxophonist’s skills, as did an early connection to Divine Nine, a black marching band in which Hall played. It was here that Hall learned to navigate intricate songs at a young age, battling other schools’ ensembles in parades and field shows.

Hall credits the autonomy and ability to be self-sustaining he developed while a student at Southfield Lathrup High School as being integral to his later success in life, generally, and in music, specifically. He was an Arts major there, balancing his academics with varsity baseball and golf.

After graduating in 2005, Hall went to Ohio to study at Bowling Green State University, then headed to Iowa State to pursue a Master’s Degree in Higher Education/Student Affairs, which he completed in 2013.

Later that year, Hall ventured to Boston to teach at Berklee College of Music. There he divides his time between his position as an Assistant Professor in the Professional Music Department and writing/performing/recording.

Describing his musical offerings as “story telling with a groove”, Tim Hall is delighted to be a part of the upcoming Sun Music Performance Series, during which he will render a solo set on keyboards, MOOG synthesizer, vocals, and his trademark alto saxophone.

Reflecting on his younger days, Hall recently remarked, “Music was a time machine shaping the way we viewed the world.” That world is about to become considerably more interesting when Timothy Hall graces us with his unique and prodigious talents. The Baylor Project – The Evening: Live at Apparatus